Bike For The Cure

“Bike for the Cure 2022” is a 550 mile bicycle ride, south on the Outer Banks and the Carolina coasts to Savannah GA. The 37th Annual HDSA is in Atlanta GA on June 9-11, 2022. In 1967, Marjorie Guthrie, the widow of famed folksinger Woody Guthrie, founded the Committee to Combat Huntington’s Disease, which in 1983 became the Huntington’s Disease Society of America. The mission of HDSA is to improve the lives of everyone affected by HD and their families. As in the prior 21 rides, the purpose of the ride is to heighten public awareness of Huntington’s Disease and to raise funds for family services and research towards a cure.

Historic Notes on the Route

The ride will start in Elizabeth City, NC on June 2 and end June 8 in Savannah GA. Mary Ann and her husband Scott purchased a camper van. Therefore the riders will be able to have a place to eat and sleep as well as to get to the East Coast and back home after the ride.

The Outer Banks are barrier islands off the coast of North Carolina, separating the Atlantic Ocean from the mainland. The area is quite historic and picturesque. It is the home to America’s first colony and the site of the Wright Brothers first flight at Kitty Hawk. There are over 100 miles of seashore including the Cape Hatteras National Seashore sites with descendants of wild Spanish Mustangs and 7 coastal lighthouses.

Currituck is the most Northern lighthouse on the Outer Banks. It is made of roughly a million red bricks.

Hatteras is America’s tallest and most recognizable lighthouse. In 1999 it was lifted and moved a bit inland to protect it from the ravages of the ocean. (Marie visited the site at the end of the first “Bike for the Cure” ride.)

The Crystal Coast (otherwise known as the Southern Outer Banks) is located between Cape Lookout and the New River of NC.

The Hammock Coast is the portion of South Carolina between Myrtle Beach and Charleston. 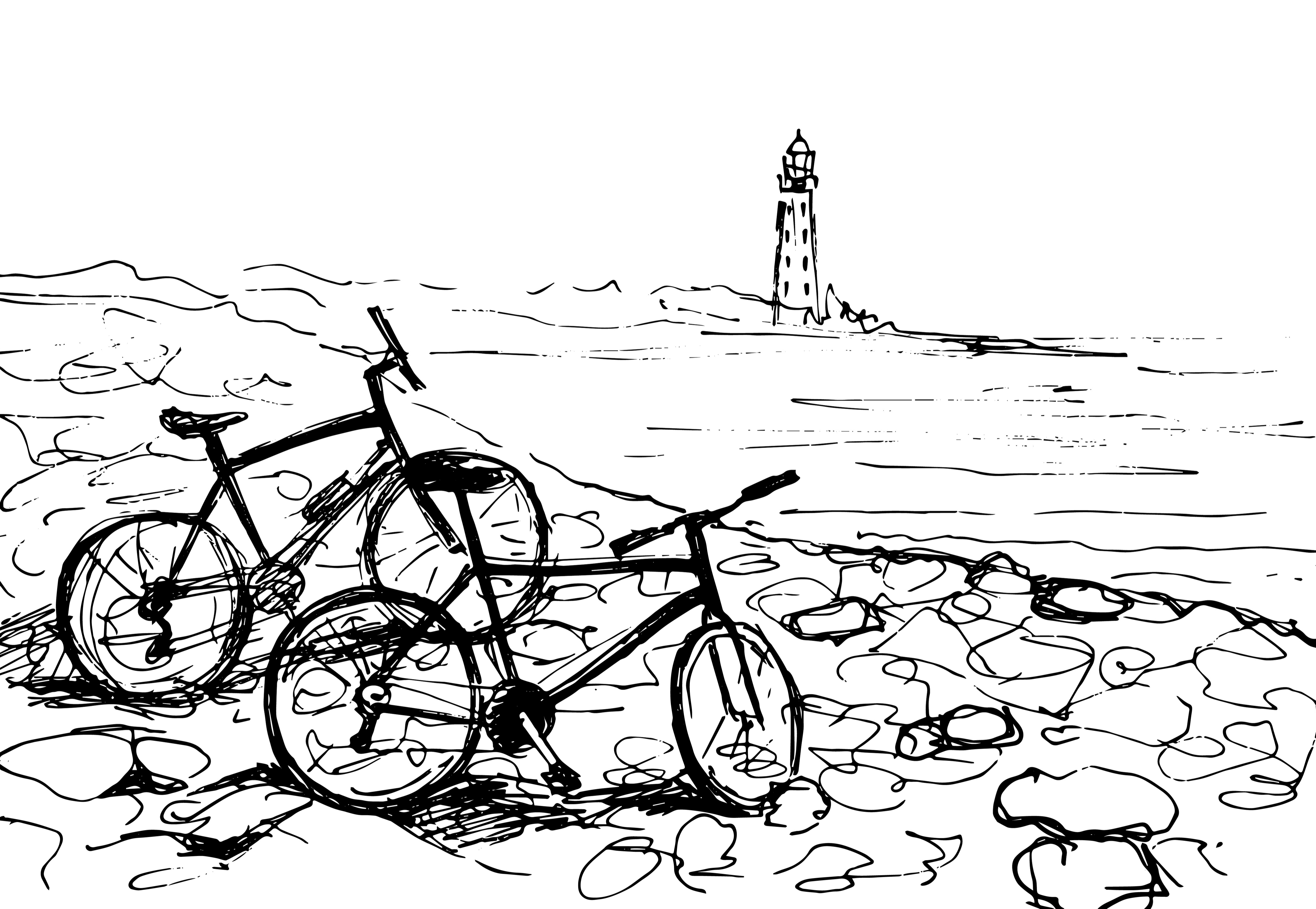