Bike For The Cure

We started the morning by driving to the Loveless Cafe, a popular place that is very close to the beginning of the Natchez Trace Parkway, for biscuits & gravy. We then proceeded to the Trace and I started riding at milepost 339.9, about 2 miles south of the very beginning which is at 442.2, while Mary Ann moved the car down the road. I picked the car up at the Garrison Creek Trailhead about 12-14 miles down the road, where Mary Ann starts riding. When I parked the car to start riding, I met a very friendly couple from Nashville who were out on a morning ride. They asked about our Nevada license plates, so I explained why we had driven cross country to ride on a roadway in Tennessee & Mississippi. I gave them a flyer so they could read more of the details at their leisure. They thought it a worthy cause.
There are opportunities to see historical points of interest, many on the Parkway, but most on loops that leave the Parkway. We stopped at some places on the Parkway, but did not take any loop rides. Between the 2 of us we stopped & took pictures of the Duck River, Jackson Falls, Baker Bluff Overview, the Old Trace Walk, the site of an old Tobacco Farm, the Napier Mine site, and Grinder’s Inn, the place where Meriwether Lewis mysteriously died. A monument was erected by a committee after Lewis’s gravesite was verified & his remains identified.
I’ll send some pictures.
Sherri & Mary Ann

How exciting! The actual ride began today. Wish I could have been there. Sherri and Mary Ann are using the “leap frog” system which Charlotte and I used in many of our earlier rides. One person starts riding the route while the other person drives usually 10-15 miles ahead on the ride, parks the SAG vehicle, unloads her bike, and starts riding the route. When the first person gets to the vehicle, she loads up her bike, drives down the route, finds the other person riding, and they confer about where the vehicle will be left. The first person drives to that place, parks and unloads her bike, leaves the SAG vehicle for the second person, and starts riding. The pattern is repeated until reaching the final destination for the day.

A few notes to add to what Sherri has written above. There are waterfalls near Duck River and Jackson Falls. There will be some photos on the website – www.bikeforthecure.org. Check them out.  The Napier Mine (mm 381.8) reveals a large pit mine where iron ore was extracted from the red soil. It operated from the mid-19th century until the 1920’s.

The Meriwether Lewis Historic site is located .4 miles from the  Parkway. In 1803, Captain Lewis and Captain William Clark left St .Louis with 26 soldiers for a daring 9,000 mile journey to the Pacific Coast and back. Upon returning to Washington D.C. in 1807, Lewis was commissioned as governor of the Louisiana Territory. On his northward journey on the Trace to Washington D.C., Lewis mysteriously died of a gunshot wound on October 11, 1809 at the age of 35. It is a mystery if it was a murder or a suicide. It is unlikely we will ever know what happened that night at Grinders Stand.

From the home stand, Marie 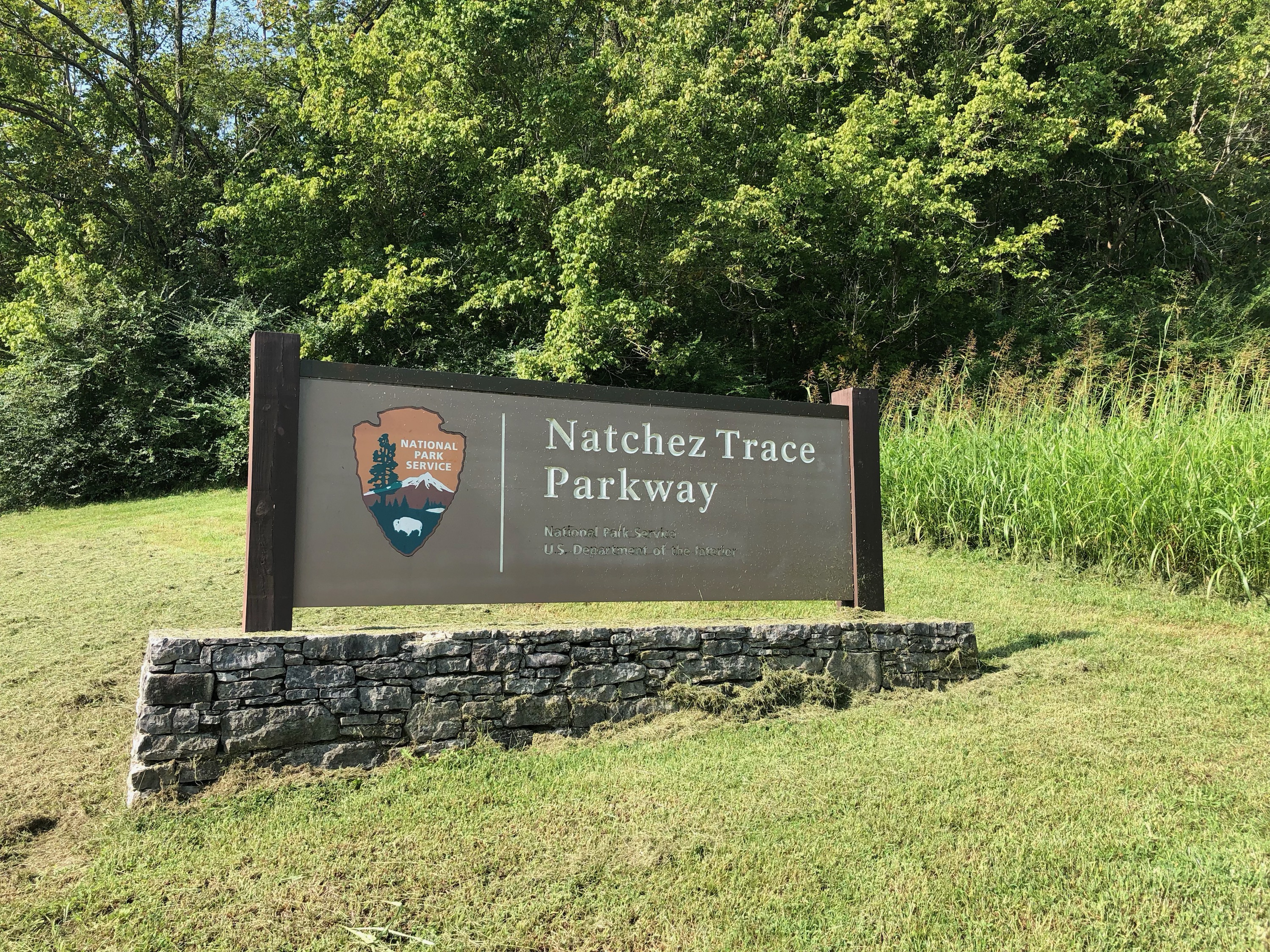